FIJA has celebrated Jury Rights Day on September 5 each year for more than 25 years to commemorate the famous case of William Penn in 1670 which laid the foundation for the right that jurors have still today to conscientiously acquit someone by jury nullification.

Please join us this year in celebrating Jury Rights Day nationwide! Here are some easy ways to get involved:

Be sure to join the Jury Rights Day 2019 event page on Facebook to show your support and keep up as we share announcements, resources, and so on as we help you gear up for Jury Rights Day. 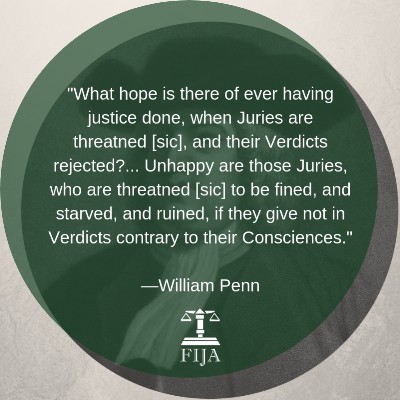