Hosting a movie night or filmfest is a great way to celebrate Jury Rights Day. Whether you enjoy classics, dramas, documentaries, or foreign films, the films below would all be great selections. Clicking the title of a movie you are interested in will take you off the FIJA website to the IMDB page for that movie where you can find information on where to watch it online or get a hard copy to view. 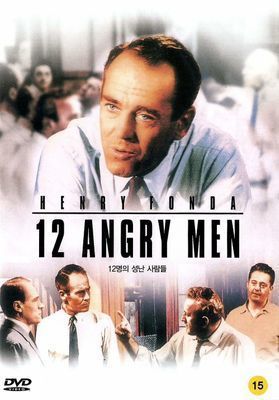 Nominated for 3 Academy Awards, the classic 1957 film Twelve Angry Men is probably the most well known jury-related film. It consistently ranks on lists of the top films of all time. Lone holdout Juror 8, played by Henry Fonda, refuses to be rushed into rubber-stamping the prosecution of the defendant whose very life rests in the jury’s hands.

This film has some great lessons for potential jurors, including the intensity of the psychology and interpersonal dynamics during deliberations, the need to be skeptical of the prosecution’s case, the gravity of what is at stake for the defendant as compared to the minor inconveniences for jurors, and so on. The story told in this film is an excellent illustration of the message on FIJA’s home page that:
“The primary function of the independent juror is not, as many think, to dispense punishment to fellow citizens accused of breaking various laws, but rather to protect fellow citizens from tyrannical abuses of power by government.” 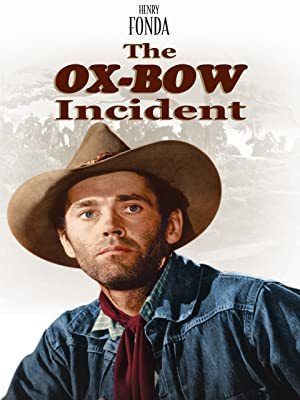 The Ox-Bow Incident
Make it a Henry Fonda double feature by pairing Twelve Angry Men with the Academy Award-nominated 1943 western The Ox-Bow Incident, a film adaptation of the Walter Van Tilberg Clark novel of the same name. There is no jury in this movie; rather, it is a film about just the opposite situation—the sort of “justice” that is delivered at the hands of an emotionally inflamed mob without the conscientious consideration of a jury. It makes a particularly stunning counterpoint shown back to back with Twelve Angry Men.

The film winds up with a stirring and timeless monologue on the law and conscience delivered by Henry Fonda. It is itself worth the price of admission and reads in part:
“Law is a lot more than words you put in a book, or judges or lawyers or sheriffs you hire to carry it out. It’s everything people have ever found out about justice and what’s right and wrong. It’s the very conscience of humanity.” 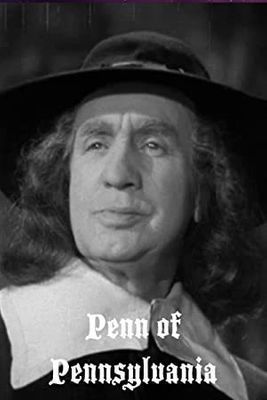 Originally titled Penn of Pennsylvania, this 1940s era black-and-white historical drama starring Clifford Evans and Deborah Kerr depicts the life of William Penn through the founding of the colony of Pennsylvania, including his famous 1670 trial, which is commemorated by Jury Rights Day. It is based on C.E. Vulliamy’s biography of Penn and reportedly was produced as a piece of British propaganda along with a series of other historical dramas to persuade the United States to join Britain in World War II.

I would like to be able to recommend this film wholeheartedly as the quintessential Jury Rights Day flick. It’s not unwatchable, and its plot is most apt for Jury Rights Day. If you don’t know the story of William Penn, it will certainly be informative. But while it is adequate in covering the main points of Penn’s life, especially those related to Jury Rights Day, it falls rather short of what it could be, with characters who seem more like caricatures and a plot that plods along more as if churning out a stream of facts than telling a story.

This film can also be somewhat tough to find. As I write this in July 2021, it is no longer available for streaming on Amazon, the sound on versions available on YouTube is kind of annoying, and the only hard copies I see available on Amazon are VHS tapes. However, if you're interested, it's not a bad idea to poke around a bit as what is available online is constantly changing. 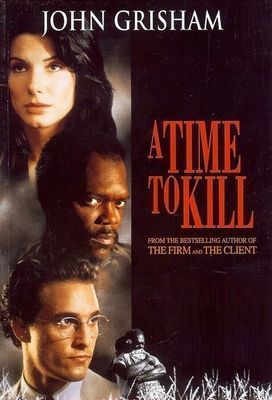 A Time to Kill
Starring Matthew McConaughey, Samuel L. Jackson, and Sandra Bullock, this film adaptation of John Grisham’s first novel tells of the trial of a black man in Mississippi accused of murdering two white men who brutally raped and tried to kill his 10-year-old daughter. While some attempt is made by the defense to argue that the defendant was temporarily insane when he killed these men, it is presented more as something with which to give the jury an out rather than a defense that anyone actually believes. Rather, this is the story of a potential jury nullification case.

Usually when people think of jury nullification, they tend to envision the most obvious sorts of cases for conscientious acquittal—victimless offenses in which the state is trying to punish people who may have offended others’ sensibilities through their actions but who have not actually harmed anyone else or their property. In A Time to Kill, we are challenged to consider one of the tougher types of jury nullification cases in which the jury is asked to forgive someone who committed a real crime, but one with extenuating circumstances that might make strictly enforcing the law unjust.

Such cases are less common in real life, but are not unheard of. A few years ago, a jury acquitted a man who openly admitted to punching an elderly priest. In that case, the defendant said that he had only intended to confront the priest about sexual abuse he had inflicted on the man in his childhood, but things got heated and he lost control. A Time to Kill can open a conversation about the delicate balance between justice and mercy that jurors are asked to strike in unusual cases like these. 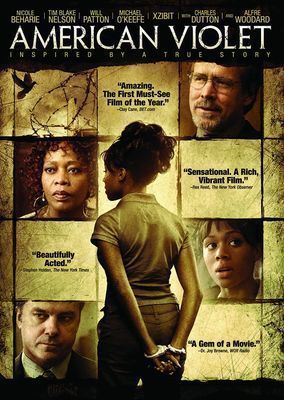 American Violet is a 2009 dramatization of the real life story of Regina Kelly, winner of the ACLU’s Roger N. Baldwin Award for Liberty and one of scores of people arrested and charged in mass sweeps of poor neighborhoods, largely populated by people of color, in the town of Hearne, Texas. Falsely accused of being involved in drug trade, protagonist Dee Roberts is pressured to take a plea bargain even though she has done nothing wrong. Instead, she risks her freedom and her family and opts to fight back against the malicious prosecution with the help of the ACLU.

This film illustrates the horror of a criminal legal system in which plea bargaining has so overshadowed trial by jury that even innocent people are under extreme pressure to plead guilty. More than 95% of criminal cases are settled without a jury. Defendants are pressured into plea bargains with threats ranging from more and more charges being piled up until they crack to the possibility of losing their kids forever. If they lose at trial, defendants may see prosecutors requesting particularly harsh penalties based in part on their assertion of their Constitutionally-guaranteed right to trial by jury. Asking for a jury trial, prosecutors say, is evidence that they are not sufficiently remorseful about their offense to deserve mercy.

When we sit on a criminal jury, we should have some idea of the dramatic odds against the defendant even being in the same room with us to begin with. American Violet helps illuminate the high stakes. 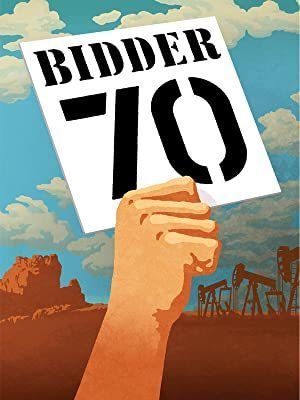 In 2008 Tim DeChristopher disrupted an illegitimate Bureau of Land Management auction of 116 parcels of public land in Utah’s red rock country, open only to certain corporate bidders for oil and gas leases. The federal government itself would later invalidate its own auction as unlawful.

Outside the building where the auction was held, DeChristopher felt that his protest efforts to stop it were insufficient. Trying to figure out what more he could do, he ventured inside where to his surprise he was invited to register as bidder 70 in the auction. He began bidding and won several parcels before the auction was shut down.

Although it would later be invalidated as an illegal auction, DeChristopher would nonetheless be indicted for his conscientious act of civil disobedience. He pleaded not guilty to two victimless felony counts for violation of the Federal Onshore Oil and Gas Leasing Reform Act and making false statements. Turning down multiple plea bargains, he instead chose to take his case before a jury in hopes that they would consult their consciences and acquit him.

Bidder 70 includes quite a bit of material explaining how and why the role of the independent jury was so shamelessly circumvented by the prosecutor and judge. Included on the DVD but not on any streaming versions I've found is a post-theatrical opening question and answer session with DeChristopher. This is worth watching on YouTube as DeChristopher gets into great detail on why the prosecutor was desperate to exclude jurors who might have been influenced by FIJA literature that was being distributed outside the courthouse. 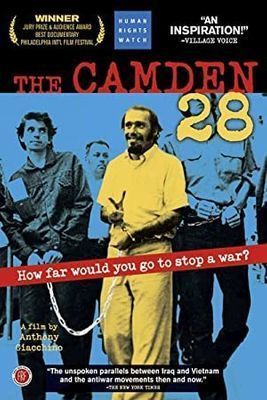 Supreme Court Justice William Brennan called it “one of the great trials of the 20th Century.” But have you heard of the 1973 trial of the Camden 28 Vietnam War protesters who broke into a draft office to destroy files of those being called up to fight in Vietnam? Most people have never heard of this remarkable case that began with every defendant openly affirming to their jury that they committed the acts of which they were accused and ended in mass acquittals on all charges against them.

This Anthony Giacchino film draws on historical documentation as well as modern day interviews of some of those involved in the Camden 28 trial to tell the story of the first anti-war trial of the Vietnam era to result in jury nullifications. Giacchino skillfully weaves together the intricate threads of this story from the planning and execution of this peace action, to its connections to other peace actions of the era such as the infamous Media, Pennsylvania burglary that exposed the FBI’s COINTELPRO agenda, to the mysterious informant who played a dramatic and surprising role in both their capture and the case in court.

The trial of the Camden 28 was remarkable not only in the overwhelming message sent by the jury through its Not Guilty verdicts, but also in the wide latitude allowed by the judge to tell the story as the jury needed to hear it in order to come to their verdicts. It is nothing short of a revelation of how our jury system was meant to work, and of how a healthy jury system operates. 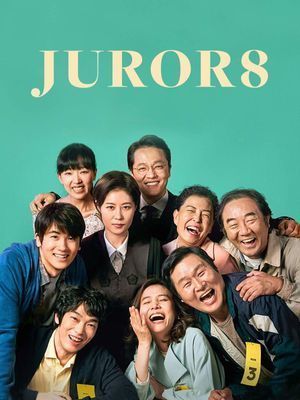 Though the legal situation examined in the trial is serious and treated as such, there are plenty of moments of comic relief related to the jurors' personalities, the uniqueness of their experience as their nation's first jury, and so on. This makes for a bit cheerier viewing experience than one might have watching Twelve Angry Men.

Nonetheless, the film provides many opportunities for discussion. What similarities and differences do you see between how trials by jury operate in the United States and how trials with juries operate as depicted in Juror 8? Do those differences matter? In what way?