FIJA empowers jurors to uphold individual rights and liberty by instilling in them a rich understanding of their protective role, including jurors’ right to refuse to enforce unjust law.

The restoration of our heritage of jury nullification was raised as early as the 1979 Montana Libertarian Party convention. In the interest of liberty, Larry Dodge, former Chair of the Montana Libertarian party, decided to educate the American people about this available but largely unused right, and conceived of the Fully Informed Jury Association (FIJA).

After assessing interest in the concept during the summer of 1989, Dodge led discussions about FIJA at that year's National Libertarian Party convention in Philadelphia. 44 people attended. Later that summer, Larry Dodge and Don Doig organized FIJA's national office.

The appearance of FIJA quickly stimulated independent, state-level groups. FIJA's national office has remained the educational and promotional arm of the movement and has served as an information clearinghouse and publisher.

Although the idea of FIJA has roots in the Libertarian Party, today FIJA is a nonpartisan, educational organization with supporters from across the political spectrum. FIJA is not affiliated with and does not endorse or oppose any political party, candidate, piece of legislation, or citizen initiative. The national office offers only educational services and resources. 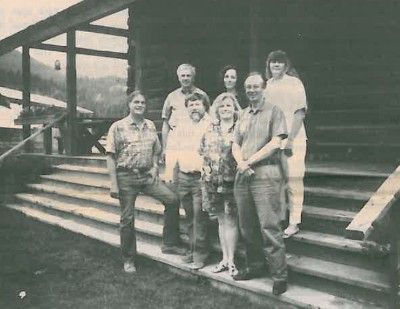 FIJA's work is primarily funded through the generous support of individual donors and private foundations, with a very small amount from sale of materials. These funds support educational programs, research, and publications. FIJA accepts no grants or other funding from government agencies.

Since the inception of the Fully Informed Jury Association, the move to educate American citizens about their rights as jurors has swept the nation. FIJA's national office and juror rights educators around the country are the backbone of a network of activists, scholars, attorneys, and other others dedicated to empowering the public with information about the independent juror’s individual ability to serve as the community check on bad laws through conscientious acquittal by jury nullification.

FIJA has reached out to and worked with organizations nationwide who are concerned with liberty and individual rights. FIJA’s mission is so freedom-oriented, with such an impact on actual justice in the courtrooms, that it has attracted supporters from the widest range of political thought and lifestyle.

FIJA's educational success is reflected in part in media events and publications. FIJA has been featured on or contributed to coverage by FOX, CBS, and NBC evening news,  and numerous talk radio shows nationwide and across the political spectrum. Jury nullification and FIJA have been topics of discussion—or integral to story plots—on television shows including Bull, Moyers and Company, Reasonable Doubts, Nightline, Boston Legal, and The Wire (whose writers also wrote an editorial in Newsweek specifically about jury nullification). Articles have appeared in popular media including The New York Times, Newsweek, Los Angeles Times, The Washington Post, The Wall Street Journal, U.S News and World Report, Huffington Post, Reason, The Nation, Courthouse News Service, The Denver Post, the Miami Herald, The Oregonian, the Las Vegas Review-Journal, and more.

Some of FIJA's educational outreach activities have included:

Each year, FIJA works with individuals and other organizations to target educational efforts in key areas with the goal of ensuring that everyone has access to fully informed jurors when they need them. As FIJA outreach efforts expand across the nation, more and more defendants consider jury nullification as their hope of salvation from the corrupt incarceration system.