What Can Jurors Learn from Tank Man?

10:30 am MDT11:30 am MDT
Join us for a live Zoom webinar which will be livestreamed to the FIJA Facebook page. (Note that the event time listed is for the Mountain zone. Convert to your time zone accordingly.)
Register Now
Add To My Calendar 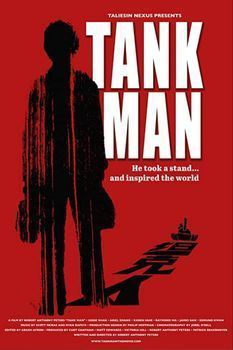 On June 4, 1989, the world was focused on Tiananmen Square in China, where peaceful free speech, free press, and pro-democracy protest turned bloody as the Chinese military and police stormed the Square and started shooting the people assembled. On the anniversary of that bloodbath, we will screen the short film "Tank Man" and speak with its creator, actor/director and FIJA Vice Chairman Robert Anthony Peters.

Two years ago, Robert debuted this film commemorating an unforgettable moment from the historic Tiananmen Square protest. Inspired by the iconic image of an unnamed man single-handedly blocking a line of Chinese army tanks, Robert's film is a dramatic imagination of what could have happened earlier in that man's day that led up to that moment. We will discuss with Robert how historic and current events in China are intertwined and what relevance Tank Man's example holds for us—especially as jurors—today.

Hong Kong was transferred from British control back to Chinese control in 1997, and Macau was transferred from Portuguese back to Chinese control in 1999. These two areas were to be treated as Special Administrative Regions operating under the principle of "one country, two systems". This dual-system arrangement would theoretically allow each to continue to operate their own governmental, legal, and economic affairs independently of mainland China.

But a lot has happened in the last two years since Tank Man debuted... Among other things, we have witnessed the destruction of Hong Kong's common law jury system and the criminalization of memorial events commemorating the Tiananmen Square protests in both Hong Kong and Macau—the only two cities in China that have been allowed to publicly recognize the anniversary in past years.

After watching this 14-minute film together, we'll discuss with Robert developments in the criminal legal systems in China and the United States in the last couple of years and what jurors here in the United States and around the world can learn from Tank Man's example.