victimless violations related to 1/16 of an ounce of marijuana 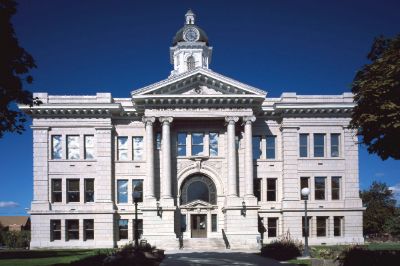 In 2010, Missoula County police received a report from the neighbors of Touray Cornell that he was selling and distributing marijuana from his four-plex. On 23 April that year, police searched Cornell’s residence and discovered just 1/16 of an ounce of marijuana. Despite it being a miniscule amount of marijuana, Cornell was charged with misdemeanor possession and felony distribution.

Cornell, in his affidavit, admitted to distributing small amounts of marijuana. He denied, however, dealing in quantities much larger than the less than two grams discovered at his residence. He rejected being labeled a dealer and instead “referred to himself as a person who connected other dealers with customers” and “claimed his payment for arranging deals was usually a small amount of marijuana for himself.”

Cornell’s case immediately generated public outcry from pro-marijuana groups and local Missoula citizens. In 2006, Missoula County voters had passed Initiative 2 instructing the county to “make investigations, citations, arrests, property seizures, and prosecutions for adult marijuana offenses Missoula County’s lowest law enforcement priority”. Cornell and other small users and facilitators were those designed to be protected by this initiative in order to direct police resources towards other matters the voters deemed more important.

Under the instructions of the initiative, Cornell’s case should have been relegated to the lowest rung of prosecutorial importance. However, Deputy Missoula County Attorney Andrew Paul decided to prosecute and make Cornell’s conviction a priority.

In December of 2010, as voir dire began, the prosecution quickly realized the magnitude of support for the initiative. In the course of jury selection, one prospective juror questioned why the county was wasting time and money on this prosecution. Out of the pool of 27 potential jurors, after some had already been dismissed for philosophical objections, the judge found that several more jurors agreed with that sentiment.District Judge Dusty Deschamps later told the press, “I thought, ‘Geez, I don’t know if we can seat a jury’”. Labeling this unwillingness “a reflection of society as a whole on the issue”, Judge Deschamps refused to impanel a jury of “hardliners” and called a recess. His rationale was that it was not clear that the defendant would be tried by a jury of his peers if only those "hardliners" were seated on the jury.

On 17 December, after the attorneys from both sides had conferred, Cornell entered an Alford plea, in which the accused does not have to admit guilt even though they agree to plead guilty. Accepting the plea, Judge Deschamps sentenced Cornell to 20 years, with 19 suspended. The defendant had previously been sentenced to time in a separate case, and Judge Deschamps ordered this sentence to run concurrently, giving Cornell credit for 200 days already served.

The end result was that as long as he met the conditions of the plea deal, Cornell would have no additional punishment for the victimless marijuana violations of which he was accused. Prospective jurors had effectively nullified the charges even before the trial could begin.

With their principled stand against this type of law enforcement, jurors sent a strong message to the government. As deputy attorney Paul admitted, the reaction of the jury pool in this case “is going to be something we’re going to have to consider.”

A series of articles in major publications cited this case in describing the general change in attitudes towards possession, a change many articles attributed to legal victories of users and advocates. A new county rule, however, passed in 2011 with the express intent to undermine citizen initiatives setting law enforcement priorities, underscored the importance of jury nullification as a tool for citizens.

Research and Writing Credit: Nathan Tschepik, Kirsten C. Tynan
Photo Credit: From the Carol M. Highsmith Archive collection at the Library of Congress. Carol M. Highsmith has stipulated that her photographs are in the public domain. Downloaded from Wikimedia Commons.