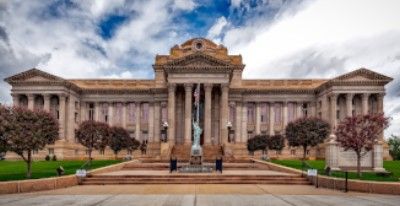 This week a panel from the Second Circuit heard arguments in the case of United States v. Manzano regarding the issue of whether or not a judge can allow evidence to be presented to the jury during a criminal trial regarding the mandatory minimum penalty at stake in the case.

The defense argued that the mandatory minimum sentence is so unjustly harsh in the particular case at hand that the jury should not be asked to pass judgment without being aware of the potential consequences of their verdicts.

The trial judge's response was nothing short of extraordinary. Judge Stefan R. Underhill openly stated in court during a hearing on the motion:

"This is a shocking case. This is a case that calls for jury nullification...

So the law precludes me from charging the jury, the law precludes me from encouraging the jury, and I don't intend to do that. But if the evidence comes in about the length of the sentence, or if Mr. Pattis chooses to argue, I do not feel that I can preclude that. I don't feel I'm required to preclude that. And I think justice requires that I permit that."

Regardless of what one thinks of this particular case, the ruling here could have consequences in other cases. With that in mind, the Fully Informed Jury Association (FIJA) has submitted an amicus curiae brief in this case. The brief argues that the Second Circuit should not bar the district court from allowing evidence related to the mandatory minimum penalty in this case.

FIJA's brief was written by volunteer attorney Timothy Lynch, who is experienced in issues and argumentation regarding conscientious acquittal.

"In criminal cases, juries can determine both the law and the facts, but prosecutors seem determined to keep juries in the dark about their prerogatives.  The Second Circuit heard arguments on an "emergency" petition filed by federal lawyers because a federal judge indicated he might allow defense counsel to inform a jury about the mandatory minimum sentence that would be imposed on the defendant if he is found guilty.  Our amicus brief seeks to remind the court of appeals that an important principle is at stake: To render just verdicts, jurors need to be fully informed about the circumstances of the case and the potential penalties involved."

While FIJA's brief as well as amicus briefs from other parties have been submitted to the court, it seems that the court has not yet decided whether to accept the briefs. Although oral arguments have concluded, we do not know when a ruling will be issued in this matter.