Filling Out the Prospective Juror Questionnaire

Prospective jurors who lie on the prospective juror questionnaire or during jury selection in court can find themselves in serious legal trouble. We do not recommend doing this.

At the same time, we recognize that jury selection has evolved from its originally intended function of providing a fair and impartial jury into an intricate game each side plays to gain an advantage. This generally includes attempts to find and deselect prospective jurors who are fully informed about their right to judge the law as well as the facts in the case before them.

This resource is designed to help you as a prospective juror fill out any pre-trial questionnaire you might receive truthfully but neutrally in a way that does not automatically lead to your disqualification. Here are some general tips to keep in mind. 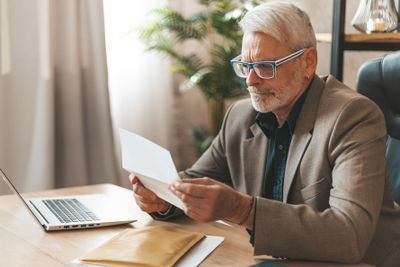 A prospective juror questionnaire may have quite a bit of blank space, implying that open-ended questions must be answered with a lengthy response. This is a psychological tactic to encourage you, the prospective juror, to provide details that you aren't explicitly asked to disclose.

Take a look at the juror questionnaire from the Derek Chauvin trial attached below. It is 16 pages long, with 4 of those pages nearly entirely blank.Don't fall for this trick! You don't have to fill up the entire space or even most of it. In fact, you probably shouldn't. If your brief answers do not suffice to answer the attorney's questions, they can ask you for more details in person during the live questioning process in court.

Some advantages of this are that:

2. Answer ONLY the question that is asked—do NOT include in your answer things that were not asked for.

Consider the following question:
"Are you involved with any law or justice-focused special interest groups, such as Black Lives Matter, Blue Lives Matter, etc.?"

You may immediately realize that you have a particularly positive or negative feeling about one or both the examples given and automatically be inclined to start writing down details of your opinions and feelings about them. But what did the question ask?

Did it as you what your opinion of these groups was? No, it asked you if you are "involved with" them.

Now if you just made a donation by text to one of these organizations last weekend while you were at one of their rallies in the role of a volunteer organizer of the event, answering that you are not involved with them could potentially get you into legal hot water.

On the other hand, if you just have a favorable or unfavorable opinion of them, for example, from what you have read online or seen on TV, that does not necessarily mean you are "involved with" them. To answer this question, you do not necessarily need to divulge information about your thoughts on these groups. Stick to answering whether or not you are "involved" with them and leave your answer at that.

Next, let's say you actually ARE involved with such a group. Your answer to this question—even if there is a big space left after it on the page as previously mentioned—could simply be "yes". Nowhere does the question ask you for details of how you are involved with the group. If the judge or an attorney wants more details, they will have the opportunity to ask you follow-up questions during jury selection.

Some courts send out juror questionnaires well in advance of potential cases and don't call the people who have returned them for several months. Perhaps by the time you are actually called in for jury duty you will no longer be involved with that group. At that time, should the judge or an attorney want more details, you can answer then very generally that you are no longer involved with them. If pressed for details, you may be able to answer that you don't remember details because it was quite a while ago.

Some questions may be framed in the form of a statement followed by an instruction to indicate by circling a number or phrase whether you strongly agree, somewhat agree, have no opinion, somewhat disagree, or strongly disagree with the statement. Or you may be asked if your impression about someone or something is very negative, somewhat negative, neutral, somewhat positive, or positive. Etc.

Keep in mind that the more extreme your opinion, the more likely you are to get an attorney's attention. The more you stand out to them, the more likely attorneys are to consider you an independent-minded person who they may not be able to lead to the conclusion they want the jury to reach.

When possible, try to stick near the middle area of the spectrum. This does not necessarily mean marking every such question as No Opinion or Neutral straight down the page. That is likely to raise a few eyebrows in court as almost everybody has some opinions on things like police, the legal system, the jury system, media reporting of legal matters, etc., even if they are mild. But the difference between "somewhat agree/disagree" and "strongly agree/disagree" or between "very negative/positive" and "somewhat negative/positive" is largely a subjective matter of opinion. Keep this in mind as you consider whether or not to mark the most extreme options on the spectrum.

Also, be aware that the attorneys having received your questionnaire in advance of the trial may take the time to do some research on you online. If you have commented publicly whether on publicly accessible social media accounts, on an advocacy website, to the press, etc., you may have to explain during in-person juror selection answers on your questionnaire that seem to the attorneys to be inconsistent with what they found in researching you beforehand.