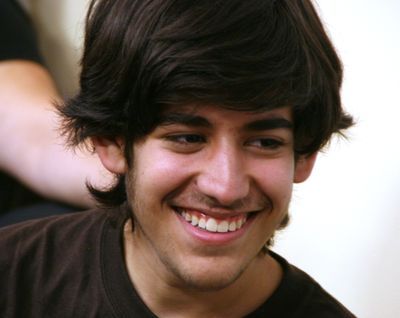 Aaron Hillel Swartz (8 November 1986—11 January 2013) was a computer programmer, political organizer, Internet activist, and research fellow at Harvard University. Among his many accomplishments were helping to build RSS (a format for delivering regularly changing web content), to develop the social news website Reddit, and to establish the Creative Commons alternative to traditional copyright, co-founding Demand Progress, and launching the online campaign spanning thousands of websites and blogs to black out the internet to prevent passage of the Stop Online Piracy Act (SOPA).

Swartz had a particular interest in copyright issues and freedom of information. In addition to his work on Creative Commons, he also worked on making records in the public domain freely available to the public. In 2008, he downloaded and freely released millions of documents stored in the PACER system, which charges the public high fees to access public domain federal court records and in the process generates millions of dollars in profits for the government. For this perfectly legal action, Swartz was investigated by the Federal Bureau of Investigations. Ultimately, no charges were filed as what Swartz did was legal.

In the fall of 2010, Swartz reportedly began using JSTOR (short for Journal Storage), an online repository, to download large numbers of academic journal articles, many of which were funded by taxpayer dollars, through Massachusetts Institute of Technology’s computer network, continuing through early 2011. JSTOR eventually stopped the download, and identified Swartz as the person behind it. Opting not to pursue a civil lawsuit against him, JSTOR reached a settlement with him in the summer of 2011 in which Swartz turned over the downloaded data to them. It was never released to the public. Neither did MIT take any civil action against him. 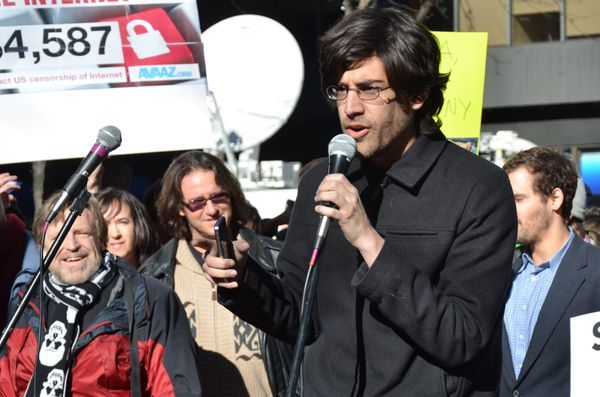 Nonetheless, in July of 2011, federal prosecutors indicted Aaron Swartz on four felony counts: unlawfully obtaining information from a protected computer, recklessly damaging a protected computer, aiding and abetting, and criminal forfeiture. He was arrested, stripped searched, and was placed in solitary confinement. Swartz was later released on $100,000 bail and threatened with up to 35 years in prison and $1,000,000 in fines. At this time, JSTOR also released a public statement, indicating that “The criminal investigation and today’s indictment of Mr. Swartz has been directed by the United States Attorney’s Office. It was the government’s decision whether to prosecute, not JSTOR’s. As noted previously, our interest was in securing the content. Once this was achieved, we had no interest in this becoming an ongoing legal matter.”

Rather than dropping the matter or offering a reasonable plea deal at this point, however, the government chose to push the situation to make an example out of Swartz, insisting that any plea deal would involve a felony charge and jail time. In September of 2012, they further pressed the matter by stacking on additional charges, including wire fraud and computer fraud, raising the stakes from four felony counts now to thirteen and increasing the leverage the prosecution had to bully Swartz into accepting a plea bargain, going to jail, and losing his civil rights. Faced with the prospect of imprisonment for months to decades and the loss of his civil rights for alleged offenses for which the alleged victims, MIT and JSTOR, chose not to pursue any civil penalty against him, Swartz, at the age of 26, committed suicide on 11 January 2013.

In the days after his death, Swartz’s lawyers wrote to the Department of Justice’s Office of Professional Responsibility calling for a thorough investigation of Assistant United States Attorney Stephen Heymann, who had been prosecuting the case, for failing to disclose in a timely manner exculpatory evidence relevant to Swartz’s pending motion to suppress and for attempting to coerce Swartz into forgoing his right to trial by jury by offering four to six months in prison for a guilty plea, while threatening to seek over seven years in prison if he exercised his right to trial by jury Constitutionally-guaranteed by the Sixth Amendment. 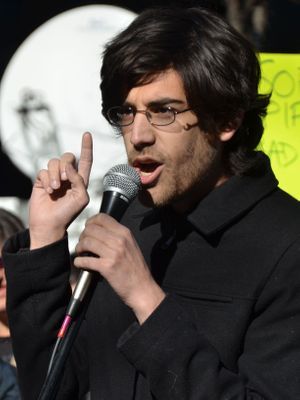 In an official statement on 12 January 2013, Aaron’s family and his partner Taren Stinebrickner-Kauffman were direct in holding the government and its overzealous prosecution responsible in Aaron’s death:

Aaron’s death is not simply a personal tragedy. It is the product of a criminal justice system rife with intimidation and prosecutorial overreach. Decisions made by officials in the Massachusetts U.S. Attorney’s office and at MIT contributed to his death. The US Attorney’s office pursued an exceptionally harsh array of charges, carrying potentially over 30 years in prison, to punish an alleged crime that had no victims.”

Stinebrickner-Kauffman also urged in her 24 January 2013 comments at a memorial for Swartz in San Francisco:

Aaron’s death should radicalize us… I think Aaron made the wrong choice two weeks ago. I think the odds were decent at the trial, and I think even if he hadn’t won, that life still was worth living. But I think he woke up two years after this ordeal started, and I think he just couldn’t face another day of the stress, the uncertainty, the lack of control over his own destiny… Aaron died in part because we live in a system where the Constitutional rights we’ve all come to believe in through civics classes and through watching Law and Order don’t actually apply in the real world.

In February of 2013, Stinebrickner-Kauffman reiterated the role of the legal system in Aaron's death:

I believe Aaron’s death was caused by exhaustion, by fear, and by uncertainty. I believe that Aaron’s death was caused by a persecution and a prosecution that had already wound on for 2 years (what happened to our right to a speedy trial?) and had already drained all of his financial resources. I believe that Aaron’s death was caused by a criminal justice system that prioritizes power over mercy, vengeance over justice; a system that punishes innocent people for trying to prove their innocence instead of accepting plea deals that mark them as criminals in perpetuity; a system where incentives and power structures align for prosecutors to destroy the life of an innovator like Aaron in the pursuit of their own ambitions.

Ask yourself this: If on January 10, Steve Heymann and Carmen Ortiz at the Massachusetts US Attorney’s office had called Aaron’s lawyer and said they’d realized their mistake and that they were dropping all charges – or even for that matter that they were ready to offer a reasonable plea deal that wouldn’t have marked Aaron as a felon for the rest of his life – would Aaron have killed himself on January 11?

The answer is unquestionably no.

In the summer of 2014 David Segal, co-founder with Swartz of Demand Progress, published an editorial entitled "How to Make Sure What Happened to Aaron Swartz Doesn’t Happen Again" identifying jury nullification as the “single act an individual could undertake to help make sure what happened to Aaron never happens again”.